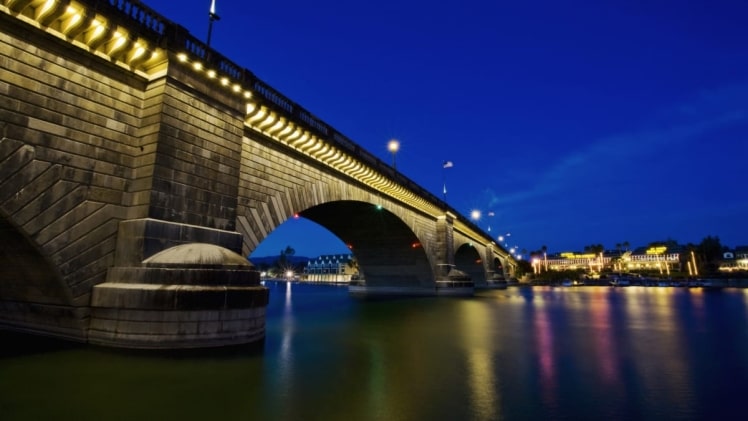 Have you ever read up on the history of the London Bridge? It’s actually quite fascinating!

Read on to discover everything you need to know about the London Bridge.

Not What You Are Thinking

If you did not grow up in Europe. You may think that the London Bridge is the famed bridge in London with two towers standing on either side. This is actually not true. That is known as the Tower Bridge. I know, right? Go figure. The London Bridge is actually the much less assuming bridge that connects the City of London to Southwark. It does not have towers or much ornamentation at all. However, it has been in existence for about two thousand years.

The earliest acknowledgment of it can be traced back to around 43 A.D. The Romans supposedly built it out of smaller boats, or ferries, and planks of wood. It was a temporary bridge, but a bridge nonetheless.

The next time we hear about the London Bridge is in the late 900s when a mother and son were caught allegedly practicing witchcraft. They were both taken to it to be drowned. They carried it through with the mother, but the boy managed to escape. From this encounter, we know that at this time the bridge was no longer temporary. It was built completely from wood.

During the early 1000s, while the Danes ruled London, a group of Saxons sought to divide the Danes by dismantling the bridge. They succeeded. After sailing up the Thames River and pulling it down, London was without a London Bridge for upwards of a century.

Over the years, many people decided to build houses and shops on it as it was such a staple of the city. But 600 years after Colechurch completed his masterpiece, a fire broke out on both sides. These fires trapped everyone on the bridge at the time and killed many of them, along with the beloved drawbridge in the center of it. Eventually, people built again, the nonesuch house was erected in place of the draw bridge, and life ultimately resumed.

All was going well until another fire broke out in 1623. This time over 40 houses were destroyed, along with many businesses and other damages. All because someone left a pail of ashes near a set of stairs.

Many merchants and homeowners decided to no longer do business or live on the bridge. The houses were all torn down, and the bridge was partially restored. It stood functional yet fairly desolate until the 1830s when a new London Bridge was erected.

By the early 1800s, people in charge of the city wished greater things for the London Bridge than what had become of it. So, after mulling over several proposed plans for a new bridge, they finally settled on the plans of John Rennie.

Not too far to the west of the current London Bridge, the new construction began. At 928 feet long and 49 feet wide, this massive granite bridge became a beloved structure throughout the whole city of London.

Opening up to the public officially in the early 1900s, this bridge quickly became highly trafficked. In fact, it was so used that it had to be widened to 65 feet just a couple of years later.

The London Bridge is Falling Down

While it was quite an impressive structure. It was not built to withstand the amount of traffic it received daily. By the 1960s, it was discovered that the stress of all the traffic was causing it to sink deeper and deeper into the Thames. Thus, the nursery rhyme “The London Bridge is falling down.”

Construction for a new bridge went into effect almost immediately. The way the city conducted it allowed commuters to continue using it until the new one was ready.

While the new London Bridge was being built, the city auctioned off the sinking bridge, and the founder of the Arizona city, Lake Havasu City bought it for about 2.5 million dollars. After being shipped to Long Beach, California, and transported on land to Arizona, the bridge was erected yet again. It still stands there to this day.

The London Bridge came a long way from just a temporary string of rafts built by the Romans to where it is today. With such rich and troublesome history, you wonder if the bridge that stands there today will somehow end up like its predecessors. That is certainly not the hope!

It is recommended that anyone visiting London should go check out this Bridge. It is full of history, has a lively atmosphere, you can even find facilities for luggage storage in London Bridge. So, do not forget to stop by. Don’t worry! I think they got it right this time.